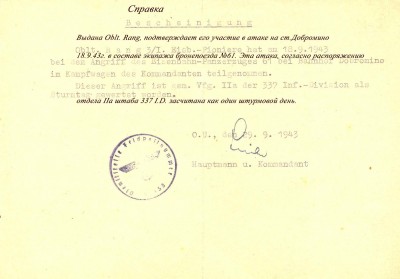 ...Since the Soviets had reached the Memel in their October offensive, the new PZ 52, a rebuilt railway protection train (with PT 21) was sent to Tilsit to secure the crossing there. On October 16 the Soviets broke into East Prussia from the Schirwindt-Suwalki area, reaching the Gumbinnen-Goldap line on October 22. PZ 52 was brought in from the north, and PZ 68, which had been at the Narev crossing near Ostrolenka since September, from the south. Above all, though, the Regimental Commander, Oberstleutnant Dr. Gunther, and his Command Train 72B reached the Army Group Center to command the armored trains. The three armored trains took part in the recapturing of Goldap early in November. Later PZ 30 (with PT 19) and PLZ 5, then at the Narev brodgehead in Nasielsk, were called to East Prussia. Of the two armored train battalions, one always operated from then on from Trcuburg toward Gqldap, the other to the east. On December 1 PLZ 5 was replaced by the new PZ 75 (with PT 23) and could then begin its planned use as a training train with the Replacement Unit, though for only a few weeks. At the end of the year PZ 68 had to be sent to Konigsberg for repairs, while PT 21 was sent back to Germany for the same reason.
On December 1 the Soviets began their major offensive aga nst Army Groups A and Center. The armored wedge ahead of the Baranov bridgehead was aimed fairly accurately at the location of the armored train battalion south of Kielce. On January 13 PZ 11 and 25 were put out of action and hac to be given up. The damaged PT 18 could get away to Kielce but not escape from there; only PT 16 could break through to the south to take part in combat in the Upper Silesian industrial area before being withdrawn for repairs. When the Red Army advanced from the Pulavy bridgehead on that day. the other armored train battalion (PZ 24 and 62), stationed at Tomaszov, was alerted and sent to tie Radom area; there was no enemy action there or on the trip back to Skarzysko Kamienna. The rest of the line was crowded with evacuation trains, and accidents caused by haste caused further delays. When they wanted to leave Volka Piebanska in the direction of Konskie: the news cane that the Russians had already reached the next depot, and their tanks advancing along the line had shot down the trains. Thus the battalion commander had the trains, which had not fired a shot, blown up, while the crews retreated on foot. Only Command Train 72A with the regimental commander had been able to leave Krakow and reach Silesia in time. The Russians also moved against East Prussia. While one arm of the pincers advanced toward Konigsberg between Memel and Ebenrode. the other turned from the Narev bridgehead toward the lower Vistula. The armored trains of Regiment 3 (Oberstleutnant Dr. Gunther), stationed with the 4th Army, remained unendangered at first and were alerted only on January 19. PZ 30 and 72B were sent via Allenstein to Deutsch-Eylau. On a scouting trip toward Soldau, they met the Russian spearhead near
Hartowitz: PT 19 was damaged but could be towed away. They withdrew to Deutsch-Eylau. where the finished part of PZ 68 (two gun cars and the armored locomotive stayed behind) had arrived, accompanying a transport train from Konigsberg to Marienburg. When Deutsch-Eylau was surrounded by the Russians, they retreated in the direction of Marienburg on January 22-23, taking as many refugees as possible, and crossed the Nogat going west on January 25. The regiment's other two armored trains, PZ 52 and 76. were ordered to Konigsberg, but only PZ 76 (with PT 23) followed this order and went into service east of the city; PZ 52 went west via Bartenstein and was able to cross the Nogat at Marienburg before the line was cut by the Russians. PZ 76 went back to Konigsberg and onto the line to Fischhausen, remaining [p. 43] outside the ring that enclosed Konigsberg. It took part in opening the blockade on February 20. The rest of PZ 68. which had stayed in Konigsberg, had meanwhile been finished and was attached to PT 23. This unit was in the city during the final Russian attack, and took part in the defensive fighting to the bitter end, first at the main depot, then at the north station. PZ 76 was destroyed at Seerappen.The remaining trains of Dr. Gunther's regimental battle group (PZ 30. 52.68 and 72B) saw action first on the Vistula front opposite Graudenz, then on the Konitz-Czersk-Proussisch Stargard line... 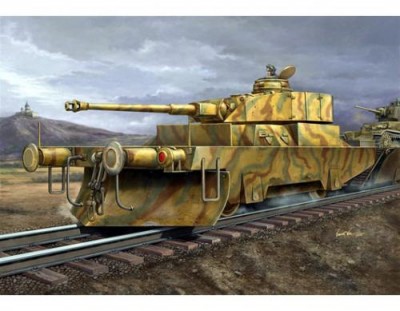 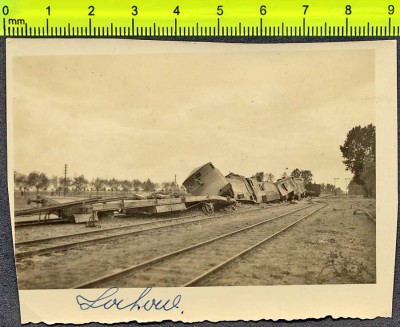 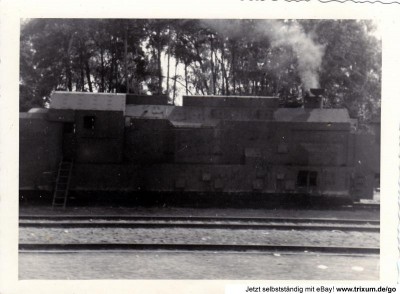 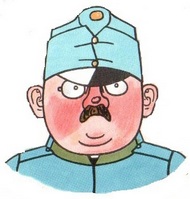 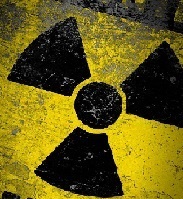 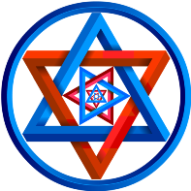